“You don’t look Chinese. Why do you work here?”

I work at the Museum of Chinese in America (located at 215 Centre Street just north of Canal Street) and that question, while not a daily occurrence, is something I get asked a lot. People see a blonde girl who makes Casper look tan sitting at the front desk of a Chinese American cultural institution and their first thought is often, “What in the world is she doing here?” The assumption is that there’s a story there, an unlikely and compelling personal motivation behind my choice to work at a museum that celebrates a history and a culture to which I have no easily discernible ties. But I have never lived in China (haven’t even visited Asia), I didn’t major in Mandarin or East Asian Studies (Medieval European History and French), and I don’t have a sibling adopted from China (just a biological sister whom I definitely never tried to exchange for a puppy). My complete lack of personal affiliation with the Chinese American community established, inquiring minds are left without a satisfying explanation for my presence at MOCA.

With all that said, what is my answer to that question, “Why do you work here?” The simple answer is “I got my Master’s degree in Museum Studies and I am interested in museum education in history museums.” But the truth is, while that might be explanation enough to satisfy an inquisitive museum visitor, it doesn’t answer the unspoken question at the root of their curiosity, the question they’re afraid to ask directly. When someone asks me why I, a non-Chinese person, work at the Museum of Chinese in America, they are asking me to justify my interest in the museum. What they really want to know is, “Why do you care?” Why would a white girl care about the past, present, and future of Chinatown and the Chinese American community?

So why do I care? And why should you?

Among other reasons, I care because the stories of neighborhoods like Chinatown and the Lower East Side form the foundation of New York City’s multicultural identity. For centuries now, diverse waves of immigrants have flocked to New York, and the communities that settled in Lower Manhattan throughout the 19th and 20th centuries shaped and molded the streets that I walk down every day on my way to work. These communities–German, Irish, Italian, Jewish, Chinese, and more–have all left distinctive traces of their presence in their wake. The imprints of their lives and experiences are keenly felt in Chinatown, up and down the Bowery, and all over the Lower East Side. New York City is still a city of immigrants and transplants, and that proud tradition of moving to New York with nothing but some luggage and a dream was born on the Lower East Side. The Upper East Side may have Museum Mile, but if you really want to immerse yourself in the stories of the diverse communities of New Yorkers who have come before you, communities that helped shape the identity of this magical city from its earliest years, you need to get on a Downtown train. The Museum of Chinese in America is just one among many cultural institutions devoted to sharing the stories and experiences of Lower Manhattan’s historical and modern populations.

As far as cities go, New York has a lot going for it. It’s got art, culture, music, architecture, literature, captains of industry, enviable shopping, and pizza joints that are open 24 hours a day. But what makes New York City so special isn’t any of that. It’s the people who live here. New Yorkers, past, present, and future. Their stories and experiences are what this city is really built on. There is no one universal New York story. The story of New York is a tapestry and everyone who has ever lived here adds a little piece to it. So why do I care about the history of Chinatown and the future of that community? Or about any of the other Lower East Side communities for that matter? Because they’re not just Chinese stories or Jewish stories or Italian stories, or even immigrant stories. They are New York stories. New York City would not be the same without them, and neither would I. That’s why I care, and at least one reason why you should too.

Harmony Barker is a California transplant. She attended the University of California, Berkeley and has a Master’s degree in Museum Studies from NYU. She is an Educator and Senior Visitor Services Associate at the Museum of Chinese in America.

Founded in 1980, the Museum of Chinese in America (MOCA) is dedicated to preserving and presenting the history, heritage, culture and diverse experiences of people of Chinese descent in the United States.  The greatly expanded MOCA at 215 Centre Street is a national home for the precious narratives of diverse Chinese American communities, and strives to be a model among interactive museums.

Now on view at MOCA:

Uncover the history of one of New York City’s oldest neighborhoods! This walking tour examines how everyday buildings, public and commercial places, and streets have shaped the community from its origins as the Native American village of Werpoes Hill in 1600 to one of the fastest growing immigrant communities of present day New York City.

Join a curator-led talk and tour of Water to Paint, Paint to Sky on Tyrus Wong’s life, his craft, as well as the lasting influence of his vision and style. The tours will be led by MOCA’s Curator & Director of Exhibitions Herb Tam and/or Exhibitions Manager Andrew Rebatta every second and fourth Thursday of the month from April 9, 2015 to September 10, 2015. 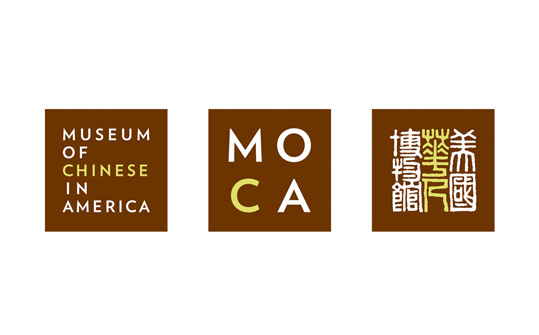